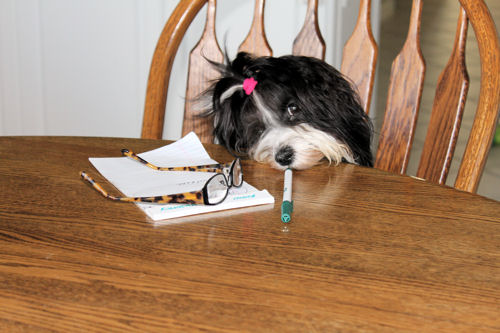 2016 project breakthrough released but there is a history go beyond 2015 and early 2012.When it comes to trust level now is questionable about Vicks products..Its not my friends idea but he shared a message people what think about him.So my friend ask me to write a review about his bad experience with high traffic academy.

This is his story,

so after there 1st tricky discount $197 and strategy lots of people jump as there elite members paying $297 per month.Only few people got 197 1st time but still 197 too muck for nothing valuable found inside high traffic academy elite members area.once they getting inside 5 out of 4 products not even set up to use for paid elite members.but they have to pay 297.then when he asked support they said he has to wait almost one month to activate all features.then once he reach 1st month they start to introduce new features day by day week by week postponing there promises  but never gave any of them for 3 months

and they keep changing names and versions and keep members as paid members as much as they can giving promises and updates  but  they never thought about how hard some people make that money to achieve their dreams getting help from these gurus..but what they do is giving beautiful dreams by speak but not in action..

And there best feature that they give to elite members was landing page funnel creator but they took almost 6 months to add that to there system..and people paying 197 each months just for recorded information which any one can find online for free.he said he felt so bad about Vick and all the trust he kept about Vick gone on air with out even questioning anyone  its feel so bad when you pay with out get real value.

Now 2016 they again released something call project break though with new name that they keep changing promises and names all over 6 months..they work with affiliate net work just for project breakthrough..people have public access to click promised(no promise at all ) after opening a account once inside  and marketers can request project breakthrough and start to send traffic.

once they start to send traffic click promise have hidden tracking system cookie base it might can steal your lead or prospect with out even knowing you it happens to few people..they don’t see any statistics inside..and they getting emails to asking promote only that tracking link..but experienced people who promote that link did not show any statistics, clicks, conversions and nothing.They already had real bad experience with high traffic academy HTA elite membership.

now 2016, they say they have more care to elite members at high traffic academy project break through members who have elite membership have 25 plus income streams which never going to be go real..

because when we see those income streams like getresponse,mouse flow,domain hosting  etc  anyone can collect those tools from main company  or service provider and most of people who want to make money have those tools already do not have to pay 297 monthly to that small affiliate commission.Most of those companies have their own affiliate programs any one can join and add to their own site as tools without paying so much money.and any one can get hosting for few bucks and start own web site brand your self and add those tools to your members..

also they have other one time pay per sale like CPA offers( cost per action,cost per acquisition)over valued prices information products also can find free online even from youtube we know there many good content could be found. Ppc advertising,fb advertising,landing page creations,traffic and marketing all for free and anyone can start there own business using those free content without paying 297 per month for elite membership.project breakthough all leads to high traffic academy elite membership.

once some one go through you will see a family call mark and cris  who know ther any their close rich friends who going through project breakthrough 14 days.when you see these people if you are smart you will realised they are doing some kind of acting..we found some proof that they did that program just for illustration but they do not need that kind of income it look like  once we found there Fake you tube channel  it show up this videos and they got only those 2 videos.with fake visits.

1st one edited by high traffic academy for them which is ok .They used ad roll service to edit.Newbie person can not afford,  but once they make some money from there own branding they also can have that service which is great.

once when you go through project break through 14 days you will see some point they created 2 pages for Mark.1st page we found after he revealed his web site call yourfreebreakthoughcom.  New Update the site is gone….

which suddenly came to marks mind and it works  look like planed before and well done for the high traffic academy project breakthrough..look like its real breakthrough for them..

when we found above site is just created for illustration purpose only not for Marks an his family break through..what we say this is when you go to bottom of that web site landing page all the Terms of service and privacy policy and contact us links are inactive  which says it just a fake try.. 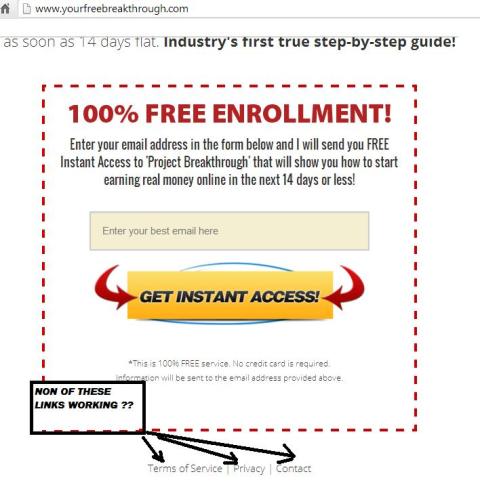 if Vick created  this site by mistake he forgot how come we trust him  he just created it for example leading most people going to think it is for real,but not they all acting and driving instant and people going to lost lots of money over time..just like my friend did.

297×1000=297000 monthly income for them  just for recorded stuff and simple marketing free round tables webinars. No way in this world i’m going to recommend HTA project breakthrough to any one..NO NO for that..

they also introducing second phase adding a mlm system not exist yet, they going to build that for next 6 months adding there brokers products to that and make money for them..